Social media has changed the way people interact. In many ways, social media has led to positive changes in the way people communicate and share information; however, it has a dark side, as well. Social networking can sometimes result in negative outcomes, some with long-term consequences.

According to eMarketer, social network ad spending reached $23.68 billion in 2015 and should reach $35.98 billion by the end of 2017. In 2015, Facebook make $15.50 billion in ad revenue alone. Most social networking sites like Facebook, Twitter, Tumblr, and many others offer their services to members for free, yet still net significant income through ad dollars. The top social ad sellers in the United States market, also according to eMarketer, are (in order) Facebook, Twitter, and LinkedIn.

Sites are able to offer services and accounts for free because of the staggering sums of money spent on ads. According to BBC News, social networking sites are uniquely positioned to make money by matching people to products. Since you generate content on a social networking site that indicates your interests, social and work background, and a great deal of other information about your personal preferences, the social networking sites can target advertisements specifically to you, a service for which advertisers are willing to pay significant amounts of money. For example, a targeted advertisement on Facebook can be narrowed down to users within a certain zip code, with a specific job title, and with interests in a printed or digital publication.

Although advertisers have permission to gather information about users, it can still make someone feel like a statistic on a chart. 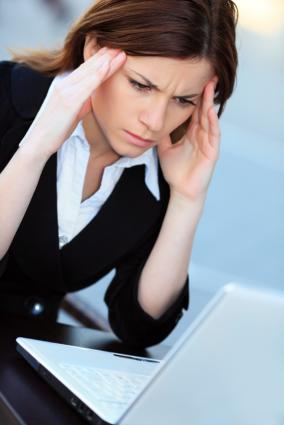 While many users feel their personal data is safe on social networking sites because they have set high levels of security settings, research suggests this is not the case.

According to a 2010 Northeastern University and Max Planck Institute for Software Systems study, researchers created an algorithm to discover an individual's personal attributes by examining the one thing that most people leave public even when all other privacy settings are place: their friend list. Using the algorithm, researchers were able to infer many personal traits merely from friend lists, including education level, university attended, hometown and other private data.

The idea of losing your privacy does impact emotions and mental health. An article in the New York Times reports that privacy research in "online and offline environments has shown that just the perception of being watched results in feelings of low self-esteem, depression, and anxiety." Don't lose sight of the potential negative effects of feeling you are losing your privacy.

Many social networking sites regularly make changes that require you to update your settings in order to maintain your privacy, and frequently it is difficult to discover how to enable settings for your appropriate level of privacy. Because of this, many users do not realize how much private information they are allowing to become public by not re-evaluating settings every time the network makes a change.

Tagging can also serve as an invasion of privacy. When social networking sites have a "tagging" option, unless you disable it, friends or acquaintances may be able to tag you in posts or photographs that reveal sensitive data. Don't forget that every time you check-in somewhere, change your relationship status, click on certain ads, join specific groups, and visit a site, your information is being recorded.

A 2015 study conducted by the University of Missouri found regular use of Facebook could lead to depression if the site triggered envy in the user. One of the professors conducting the research said, "If it is used... to size up one's own accomplishments against others, it can have a negative effect." 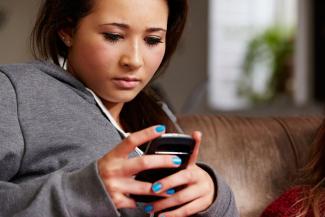 While on the surface it appears social networking brings people together across the Internet, in a larger sense it may create social isolation and even addiction. In a study published in 2016 by a researcher at Swansea University, people experienced the psychological symptoms of withdrawal when removed from social media. As people spend increasing amounts of time on social networks, they experience less face-to-face interaction which also makes them more dependent on devices.

Scientists have evaluated social isolation in many studies, and have determined that it can lead to a host of mental, psychological, emotional and physical problems including depression, anxiety, somatic complaints and many others.

Other Problems and Concerns

Social Networks Are Here to Stay