Many popular social networks exist, but none of them offer the flexibility and freedom that comes from developing your own site by using open source social network tools. Eight of these tools stand out as some of the best.

Pligg is a PHP-based content management system designed around the idea that everyone on a website should be an author. Whereas most CMS's rely on the idea that only a few people are authors - creating restrictive profiles for each of them - Pligg's power comes from this approach which, by its very nature, is social.

Since the CMS is created in a somewhat upside down fashion, users that access a social site built with Pligg have the ability to interact more easily than within traditional CMS-driven sites. Among other capabilities, users can vote on articles or publications and message each other. With the wide range of available apps and plug-ins, a company can fine tune their site to have as much social interaction as desired.

If the focus of your site or company is socially oriented, this platform will deliver. Some of its key features include: 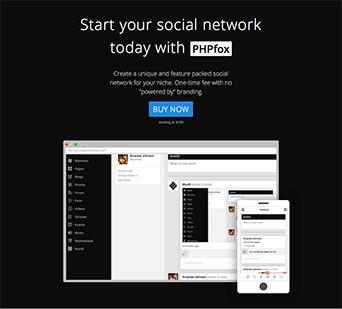 PHPFox is a good choice for small to medium-sized businesses that want to use an open source social platform. This platform has been around since 2005; it's stable and has a well-respected support team. With its extensive library of modules, you can easily expand and customize a site to create both the desired look and functionality. CMS Critic named PHPFox the 2012 Best Social Network Software.

Once you purchase the product (available at a one-time fee of $300 as of 2014), you load the script onto your server. Since you have access to the code, you can modify it as needed. However, it is really designed for the non-coding client since all the functionality can be modified, updated or expanded through modules which can be added with the click of the mouse.

Ease of use and installation are two of this tool's strongest features. However, since it leans toward a clientele of non-coders, small or medium-sized firms may find this system appealing simply for the ease of modification. A few of its core strengths are: 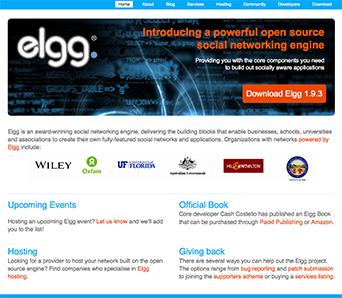 This award-winning, free, open-source social networking platform runs on a combination of the Apache web server, MySQL and PHP. It's impressive list of clients include the State of Ohio, the Australian Government, and the University of Florida.

Due to the software's approach to data, it's simple and straightforward for a user to create different entities. This can be seen in pieces inside the social network, such as a personal profile, and users have numerous options. For example, they can upload up to 10 images, decide which parts of their profile should be private and which portions should be public.

Besides being a free platform with a robust support community, Elgg also provides: 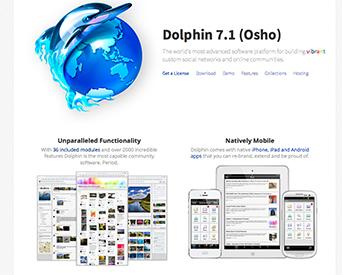 This is another PHP-based social networking platform, but one of the outstanding features of Dolphin is the sheer number of available modules and plug-ins which makes the ability to customize nearly endless. Although there is a free version, it comes with embedded ads. The bare bones product can be purchased for as little as $99.

Due to this tool's emphasis on video and chatting, this software is a great fit for dating sites. To name just a few of the modules that fit that mold:

Users can also upload images, create albums, create a blog, engage in a multi-user video chat, create and manage events and even connect through their Facebook account.

Besides having thousands of themes and plug-ins and being ranked at the top of its class by Tech Drive-In, Dolphin strengths include: 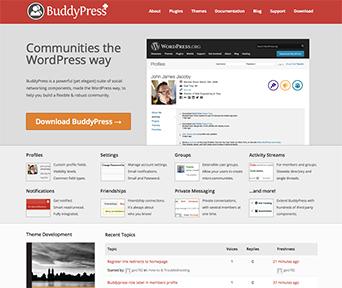 BuddyPress is social networking accomplished the WordPress way. The platform has a very significant following and is used by a wide range of clients, including newspapers. The plug-in is free and enjoys a strong level of ongoing support and improvements. It can be used straight out of the box or customized for a unique look and feel.

First take a look at what this tool doesn't do; it is not designed to replicate a Facebook-type network. Instead, it is best utilized by creating multiple, small interconnected groups for your site. With this software, the best practice is to determine what you want your social network to have and how you want individuals to interact within it, and then customize the software to reach your goal.

Considered one of the best social networking options, this platform is also:

Some of the tool's more notable clients include Tasty Kitchen, ND Pick 'em and Bettercodes.org. 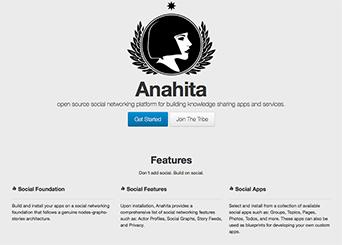 Anahita is also considered one of the most customizable open source social media development frameworks currently on the market according to Tech Drive-In. Their tagline sets the tone for their approach to the web: Don't add social. Build on social.

Since the concept is everything is social, the framework of this tool lets you customize through the hundreds of apps that can be connected to your network. The platform lets you build niche social networks with a server side infrastructure to handle mobile apps. The software is designed to adapt and 'learn' its users (called nodes) and create a smarter network over time.

First and foremost, this tool is very customizable. Since its starts off with a social network bias, creating groups, profiles and even sharing content is simple yet still powerful. Some of its key features are:

Since the platform is more web developer-centric, you may want to steer clear of this option if you are not comfortable dealing with PHP and coding. 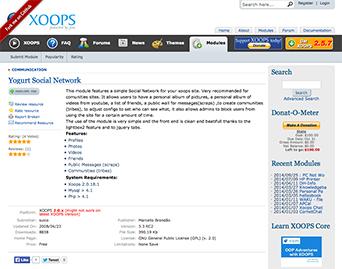 Xoops, acronym of eXtensible Object Oriented Portal System, is a web application platform written in PHP for MySQL databases. Since its approach to programming is object oriented, it is a great tool for building community websites, large or small.

Xoops is essentially a content management system, but when the Yogurt module is installed, you can expand its core functions to create a social networking site. Similar to Facebook, the module lets users have an album of personal pictures, a list of friends and a public wall for messages.

The tool is simple to set up since it is a module inside the Xoops system. Once the module is installed, you can adjust the settings to match the needs of your niche site. Some of the module's key features are: 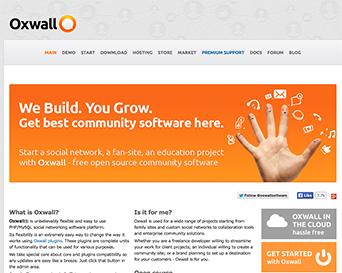 Winner of the 2012 People's Choice Award for Best Social Network Solution for its flexibility and ease of use, this free open source is a PHP/MySQL-based platform.

Oxwall's overall concept appears to be simplicity. It's simple for a client to set up a site and simple for a user to navigate an Oxwall-built social media site. When designing a site, this ease is especially apparent through the use of the tool's plug-ins, which are small units of self-contained coding that can be added to the site with the click of the mouse.

For businesses not interested in learning the back-end coding of social networking platforms, or firms already stretched too thin, Oxwall's platform bypasses both of those issues. A few of its key strengths are:

Installing these applications usually requires several steps: downloading the files to your web host, configuring the files (if necessary), and installing the appropriate tables in the MySQL databases. Before deciding on a platform, work with your website hosting company to make sure they can handle the technical requirements of the platform.