What is Twitter? Right now, Twitter is one of the hottest social networking tools on the internet.

Twitter is a service that's similar to blogging, only your posts are limited to 140 characters. These short posts, called "tweets," are broadcast to everyone that has added you to their friends list. While this 140-character format may sound prohibitive, it has given rise to an all-new type of social networking called "microblogging." In essence, since you're forced to say what you need to say in very little space, people get right to the point and don't mince words. Many readers like this format, and it's grown into a huge platform over the past year.

Twitter itself consists of a large network of people who subscribe to the service, often affectionately referred to as "The Twitterverse." Once you've joined, you can add other people to your "friends list." After you've added someone, you can read their tweets.

There are several ways you can interact with Twitter, the most popular being:

A note on using your cell phone to access Twitter: you will get a text message every time someone on your friends list makes a tweet. As you can imagine, those texts add up quickly. Be sure that you're on an unlimited text plan with your cellular provider, otherwise you may end up with a very expensive phone bill!

Twitter Support has created a great list of tutorials to help you get around the service. Here are some that are useful to beginners:

What Exactly Is the Point?

So you've tried Twitter, and you're wondering if it's just a silly timewaster. While that was probably true a year ago, these days Twitter has become a major marketing tool as well as a powerful way to disseminate information. 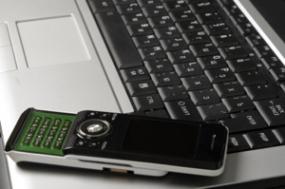 You can check Twitter through both your computer and cell phone.

If you are responsible for a business, Twitter can be invaluable in your marketing efforts. Many companies are creating accounts so that their customers can easily keep in touch, and get news updates as soon as they are made available. Twitter is a great platform for those trying to establish themselves as a personality, too - many people keep Twitter accounts in order to connect with their fans or build themselves up as an expert in their field.Here are a few businesses and professional folk with a Twitter presence:

Twitter has also become a viral news medium. News hits Twitter first, and is then passed around the network very quickly. Here is a great article on Twitter as a news outlet.

There are countless applications available on the internet that can help you manage the chatter of your Twitter friends list. Here are a few of the most useful tools:

If you're still curious about this crazy Twitter thing, here are a few sites that will help you explore the service further.

0
Comments
© 2006-2021 LoveToKnow, Corp., except where otherwise noted. All Rights Reserved.
Resources, Advice & Tips for Covid-19
Read More
What is Twitter