In just over a decade, social networking has swept the globe. As of 2017, 81% of all Americans have an account on at least one social network. This is up from just 24% in 2008. The rapid proliferation of social media mirrors the myriad ways people use these platforms and reveals the desire people have to be part of a community and create an identity for themselves. 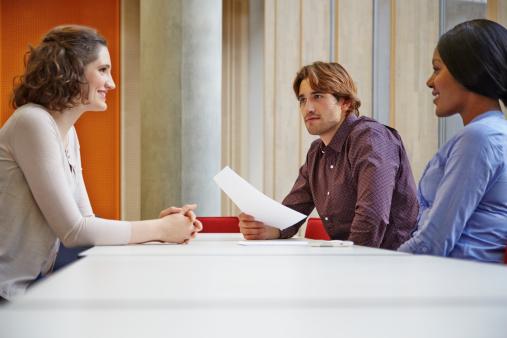 Social networks offer people looking for a new job the ability to connect with professionals from all over the world. Sites like LinkedIn have become wildly popular, empowering users to look past resumés to communicate with companies seeking to hire new employees. The social aspect facilitates the expansion of so-called "weak ties," which can be even more valuable than strong ties in the workplace. In 2017, LinkedIn reached 500 million users, and that figure continues to grow.

Social networking allows people who have moved to a new city or picked up a new hobby to connect and communicate with individuals who share their interests and activities. Social networking platforms like Reddit and Facebook Groups offer people ways to discuss their passions in an all-digital environment. Other platforms, like Meetup, allow people to make connections online and join a group that meets in person to enjoy activities like sports, dancing, games, and the arts.

Keeping up With Family

Family members are often separated by states and sometimes even countries. In a report released by the Pew Research Center in 2011, 67% of adults who have a social network account use it to primarily to stay in touch with family and friends. Social networking gives families a convenient means for staying in touch with one another and allows them to share photos and videos easily. This is far simpler and more efficient than sending individual emails or letters to individual recipients.

Social networks provide a fantastic forum for businesses and individuals to create an identity and present it to a wide audience. Crafting an identity and online presence is considered valuable by many companies, giving rise to new jobs in the workforce.

According to the U.S. Bureau of Labor Statistics, the median income for Social Media Managers in the United States was $56,770 in 2015. This relatively high median wage shows how important social networking has become for businesses looking to communicate with customers and build an online presence.

Joining a social network gives businesses of all sizes the ability to communicate directly with their customers on a massive scale. Whether it is a Twitter account for airline customer service, an official Facebook profile for video game companies, or a curated blog for fashion companies, social networking is the digital face of a company.

Instagram is popular with small businesses wanting to advertise their products and engage an active community. Social networking also gives small businesses the same amount of exposure without incurring additional advertising costs. Traditional advertising, both online and offline, is comparatively much more expensive and oftentimes with less measurable return on investment (ROI).

Personal branding is a concept that embraces the digital footprint left by social networks and attempts to craft an image and personal brand that shows prospective employers, customers, or any digital passers-by what kind of person you are. The same way a company attempts to establish a brand through advertising and product placement, social networking allows individuals to create a brand that displays their values, passions, and abilities through generating and sharing content on social media.

Communication in the Digital Age

Social networking is growing faster and faster every year. More and more people are joining so they can communicate with loved ones and strangers alike. Social networks give people the opportunity to be a member of a new community and represent themselves to the digital world.